How Do Servants Give? 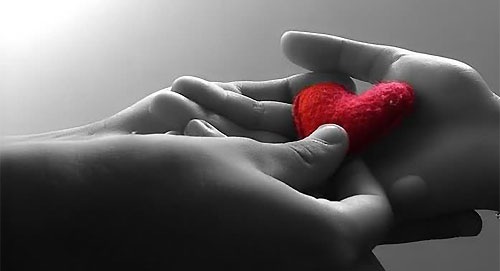 “In a great ordeal of affliction, their abundance of joy and their deep poverty overflowed in the wealth of their liberality. For I testify that according to their ability, and beyond their ability, they gave of their own accord.”

Over the years, I have learned that I’m a “fix-it” guy.  Now, don’t be confused . . . I’m not a handyman.  Put a tool in my hand and I’ll do more harm than help.  But, give me a challenge or a problem and I think I can find a solution.  Give me something that is organizationally or relationally broke, and I can help fix it.

The apostle Paul tells of a solution to a problem that is neither practical or predictable . . . but extremely powerful.   It’s a solution that hits home.

The Christ-followers in the Macedonian churches gave to believers in Jerusalem who were in extreme need.  Giving is something we admire and appreciate . . . but, this kind of giving was amazing.  Paul tells us that these saints, who were most likely slaves and servants gave, “in a severe test of affliction . . .  and in extreme poverty.” (2 Cor 8:2)

Servants Give Generously.  Paul tells us that “their abundance of joy and their deep poverty overflowed in the wealth of their liberality.” (2 Cor 8:3)  These servants gave out of their commitment and conviction, not out of their comfort.  The source of their gifts was not their resources, but their reverence for God.  Paul again reminds us, they gave “beyond their ability.”

Servants Give Gracefully.  In his description of these servant-saints, the apostle writes, “We want you to know, brothers, about the grace of God that has been given among the churches of Macedonia” (2 Cor 8:1)  The expression of their gift was an extension of grace.  Isn’t that what true giving is all about?  Giving out of grace and not out of guilt?  Even in their pain, problems and poverty . . . they understood the principle of blessings others.

Servants Give Gratefully.  Chuck Swindoll writes that this kind of giving “is much broader than money . . . t includes giving ourselves . . . our time and energy, our care and compassion, even our belongings on occasion.”  What a unique and needed characteristic for today.  Paul writes, “And this, not as we expected, but they gave themselves first to the Lord and then by the will of God to us.” (2 Cor 8:5).  We’re reminded, “Each one must give as he has decided in his heart, not reluctantly or under compulsion, for God loves a cheerful giver.” (2 Cor 9:7)

I appreciate this passage as written the The Message, “Fierce troubles came down on the people of [the Macedonian churches], pushing them to the very limit. The trial exposed their true colors: They were incredibly happy, though desperately poor. The pressure triggered something totally unexpected: an outpouring of pure and generous gifts . . . they gave offerings of whatever they could—far more than they could afford!—pleading for the privilege of helping out in the relief of poor Christians.” (2 Cor8:2-4)

These sacrificing serve to gave out of their hurt, gave to give hope and gave to help.  Let’s “plead for the privilege” to give generously, gracefully and gratefully.

← Making Him Famous
Time To Praise →

Happy Anniversary!!! @alydiabryant & @mitchellbryant . . . You are amazing and loved.
Happy Birthday, Andrea. Daughter. Wife. Mom. Aunt. Entreprenuer. Lover of Jesus. You are an amazing, creative and loving woman. You have my heart ❤️❤️❤️